An immigrant from Hong Kong, Kenny graduated from York University in 1985 with his BBA degree. He then successfully achieved his Chartered Accountant (C.A.) designation in 1987 and completed his MBA in 1989.

Known for his integrity and a strong work ethic, Kenny is a believer in giving back to the community in which he lives. That is the reason why he has devoted so much time and energy over the years to support different community organizations and charities as a volunteer, an advocate and a donor.

Kenny believes it is both a privilege and a duty, as a Canadian, to make a positive impact in the lives of others. 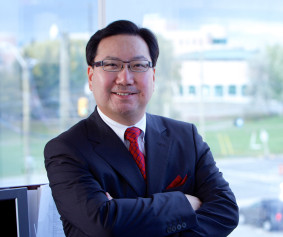 • Qualified as a Certified Information System Auditor (CISA) in 1991.

• Completed an Audit Committee course at Harvard Business School in 2009.

• CEO, Director and President of the board for Active Growth capital inc. (Public listed company) from 2008-2010.

• Director and member of the audit committee for MillenMin Ventures Inc. (Public listed company) from 2010 to present.

• Articled as a C.A. student in the largest Canadian public accounting firm.